I created and led the executive coaching practice at a Fortune 100 health insurance company. While executives showed an interest in coaching for senior leaders, they were skeptical about coaching as a profession and as a method of accelerating development.  When you lead a coaching practice inside a company that’s full of actuaries, finance executives, risk analysist, physicians, and clinicians who are skeptical of coaching. They referred to coaching as “ a bit too woo-woo for me,” or “something that happens in a secret black box, so it’s too mysterious for business.”

About that time, more neuroscience research and brain-based coaching approaches began to emerge. I knew that coaching inside this company would thrive, but only if it were based in science, process, and an approach that executives could understand and trust. Since then, I started my own executive coaching practice and continue to bring brain-based coaching solutions to my clients.

In this series, I’ll share how doubtful executives approach and embrace the neuroscience of coaching to become coaching advocates.  In this edition, I’ll share my experience with a skeptical chief operating officer.

We sat down, and he said, “You’ve been coaching some people on my team, and here’s what it looks like to me. You start meeting them, you take off the top of their skull, and you sprinkle pixie dust on their brain. (Yes, the COO actually used the words ‘pixie dust’.) He continued, “Then you put the top of their skull back on, and after six months of coaching, they’re doing all these things that I’ve been wanting them to do for years. They’re getting success in the business and interacting with me and the team in ways that I really wanted.” I said, ‘Well, if you’re not the person I’m coaching, it can appear as if pixie dust is working some kind of magic. Actually, it’s the neuroscience of coaching that’s working.” I discussed some brain-based coaching applications and reflective questions I use.  At the end of our conversation, he said, “I just want you to know that I get it, that there’s science behind coaching, and that it’s making a difference.”

When I left his office, I breathed a heavy sigh of relief that the coaching practice wasn’t ending. And I realized that brain-based coaching soothes that queasy feeling that some executives get when they think coaching is too mysterious for business or too “woo-woo” to be effective. Start a conversation about the science of coaching with your clients, company executives, human resource professionals, and other influencers in the organization. It’s not rocket science; it’s brain science that wins over corporate skeptics.

Jeff Nally is a professional speaker, author, executive coach, and HR professional. He is the president of Nally Group, Inc., creating no-nonsense neuroscience solutions for HR leaders to be more human at work. He can be reached at Jeff@NallyGroup.com, 502.810.4116, and www.NallyGroup.com.

I use no-nonsense neuroscience to help leaders and teams be more human at work. I'm a credentialed coach, professional speaker, certified coach supervisor, and advocate for improving your thinking and getting results with the brain in mind. As a credentialed coach, I partner with clients in a thought-provoking and creative process that generates insights and actions, inspiring them to achieve what they really want at work and in life. As a professional speaker, I inspire audiences to think differently by sharing the latest science and evidence-based approaches to challenges that are unique to each audience...and we have fun with our brains! As a coach supervisor, I lead professional development sessions for professional coaches that include deep reflection, restoration, and a peer-to-peer perspective that generate a “SUPER-vision” to improve the coach and their clients.

👓 For all my coach friends, join me for a fun and engaging virtual event on Coaching Super-Vision! My coach friends from @ICFCleveland Chapter are hosting this event, and you can register below. See you there! 👓 #CoachingSupervision 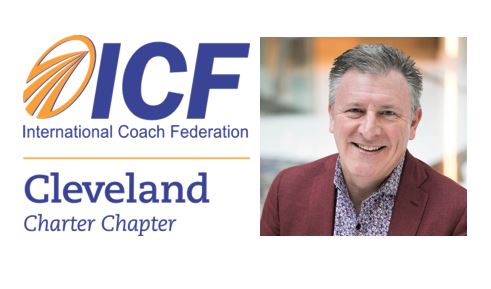